.            I completed my internship at the State House in Boston in the service of the Representative Michael Day. The State House is the seat of the federated state government of Massachusetts.

My duties included writing reports and memos. This allowed me to improve my English, and to have a detailed understanding of the various tasks undertaken by a parliamentary assistant.

During the internship I met extraordinary people who work every day to improve the lives of their fellow citizens. I attended meetings arranged by Senators and Representatives in addition to viewing debates in the House of Representatives. Furthermore, I went to a meeting chaired by Robert DeLeo who is the speaker of the House. He gave an inspiring speech.

Ryan, Michael Day’s parliamentary assistant, explained to me how the House of

Representatives functions. I would like to take this opportunity to thank him for taking time to discuss his role, US politics and the history of Massachusetts. We had some very interesting conversations on topics ranging from politics to sport.

.            John, my host during this internship is an architect and is passionate about history. He taught me a lot about the history of Winchester and Boston. I would like to convey my sincere thanks for his hospitality and culinary expertise !

I met the other members of the twinning and enjoyed our discussions and the cultural exchange.

Furthermore, I met the American students who are part of the association and in particular Lulu who came to France last summer for an internship in Saint-Germain en Laye. It was a pleasure to have had an opportunity to talk about our different experiences.

.            During my internship, I had also the occasion to appreciate the cultural breadth of the city.

Massachusetts schools have a very good reputation around the world. This is the case of Harvard, which I was able to visit thanks to John and which is arguably one of the most renowned universities in the world.

Regarding gastronomic discoveries, I was able to try Lobster which is widely eaten in Massachusetts, it was excellent !

Additionally, I greatly enjoyed my visit to the Museum of Fine Arts, especially its American collection and was pleasantly surprised to find so many French Impressionist paintings! There was also a very interesting exhibition called “Gender Bending Fashion” that made me reflect a lot about this question.

Thanks to the Gilmer family I also did some sailing in Salem, near Boston and was able to discover the history of this city, famous because of its witches. The same day we celebrated Bastille Day at John’s house. It was a wonderful day creating many unforgettable memories.

The Representative Michael Day arranged for me to stand on the rostrum of the House of Representatives. It was a true privilege, especially because it is from where John F. Kennedy spoke to the Massachusetts general court on January 9th 1961.

I went to my first baseball game and saw Red Sox at Fenway Park. I enjoyed discovering this sport which is widely followed in the United States.

.            During the internship I improved my English and was able to share a little of the French culture with the local people.

Let me end by sending my sincere thanks to the twinning association of Winchester and Saint-Germain en Laye for giving me the opportunity to do this internship and everybody I met for making this a rich and very rewarding experience. 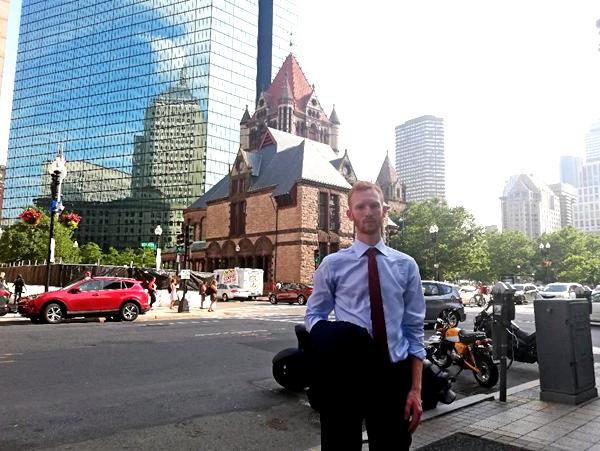 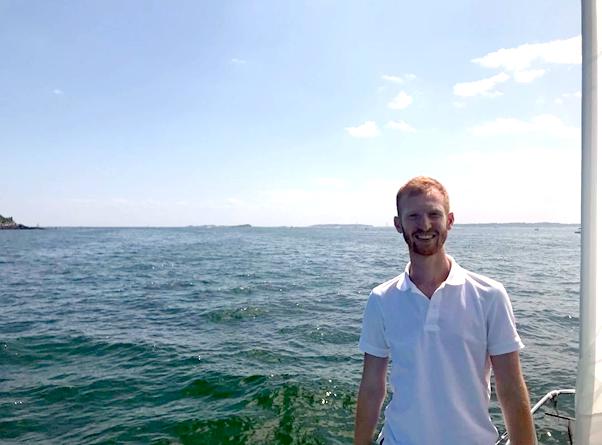 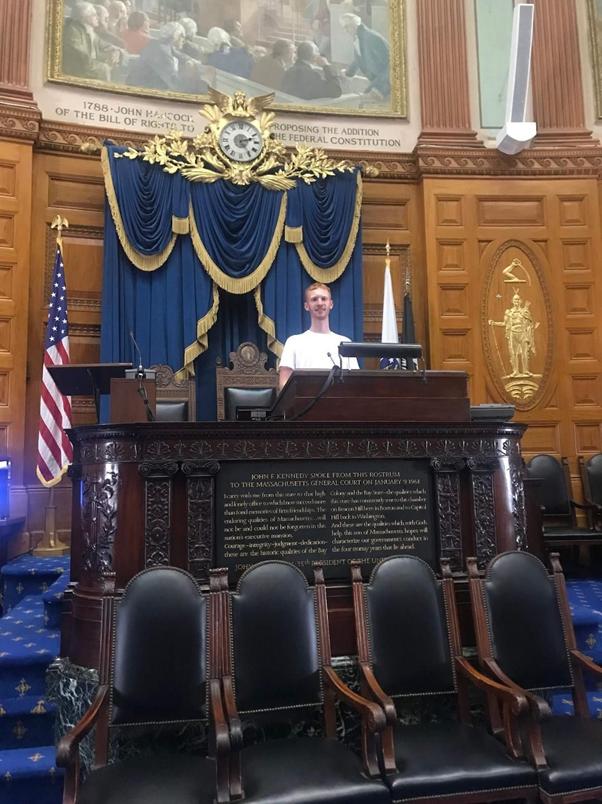 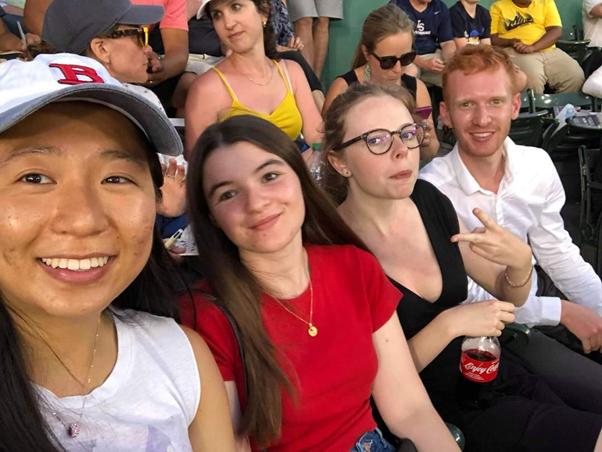